For the past semester, I have deployed a custom shortlinker service and my personal website on a Google Cloud Compute Free Instance. The custom shortlinker is a rewrite of the CS61A Shortlinker in Elixir, which was a good way for me to learn the new language. Upon deploying the Elixir version, however, I noticed that CPU usage hovered around a constant 100%, even the system was idling. I left it alone for a while, noting that it was responding to requests fairly quickly, leaving me to think that it was likely the BEAM that was idling.

Recently, I got back into Elixir, and curiosity (+ paying bills) prompted me to investigate into the issue more. I came across this blog, which answered all of my problems.

That’s insane! Could it be possible that the BEAM was running empty cycles to claim the CPU, hence stealing cycles from other processes? There was only one way to tell.

I decided to make the changes the blog specified by adding these following lines to the BEAM arguments:

In the blog, they used Distillery, but I use default Mix releases, so I will document the changes below:

And with that, I noticed that there was a dramatic reduction in compute: 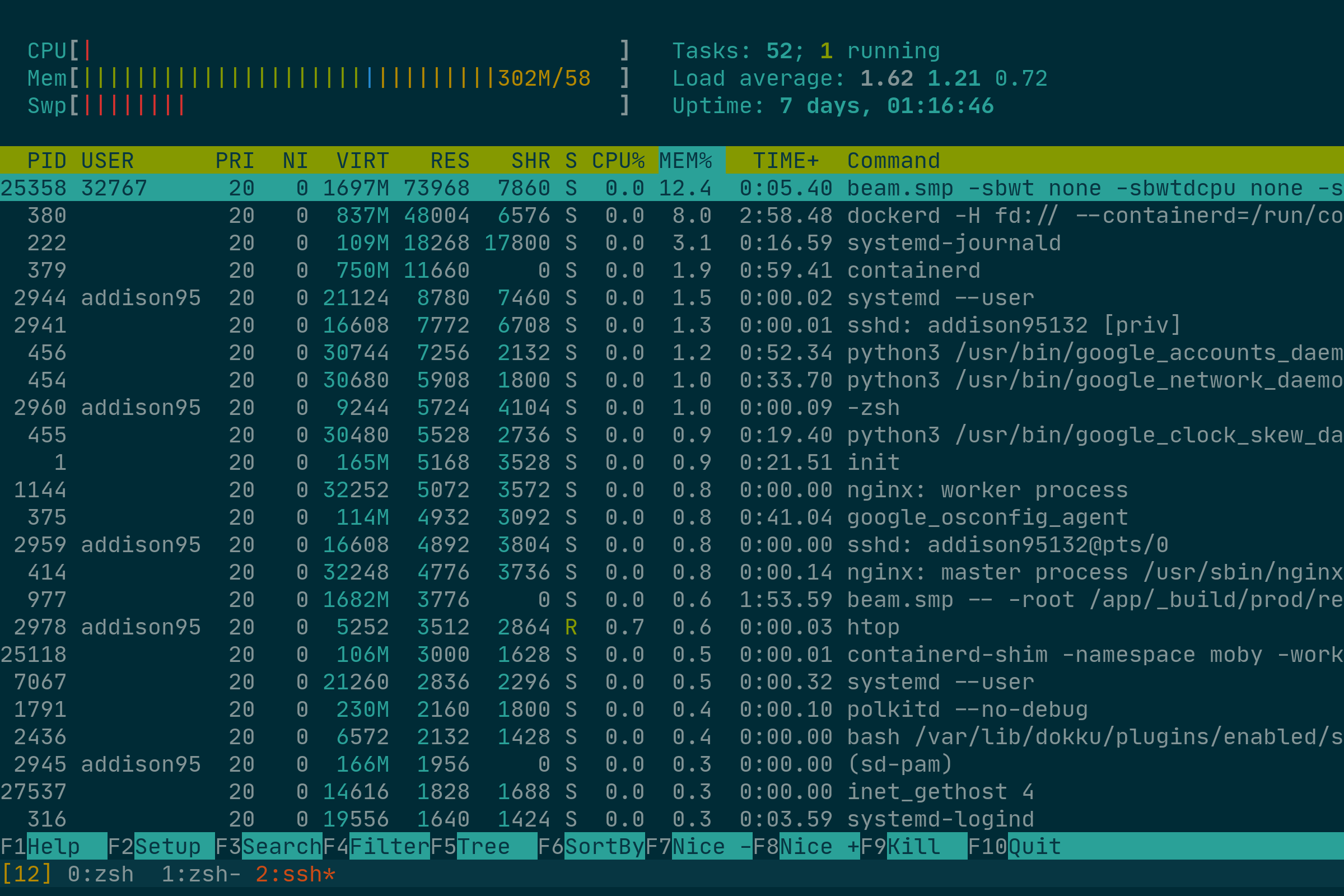 Note that CPU usage is nearly zero, where as before it was ~100%! This frees up the CPU cycles for redeployments to this server and for more concurrent apps running (Build times are cut by more than a half!). I will be monitoring this new deployment for any regressions, but it appears to be a very solid improvement.